Who Should Build Your Next Product? 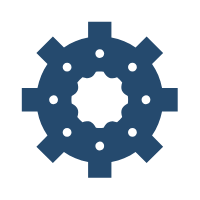 What's The Difference Between Compression Springs And Gas Struts?
11 January 2023

Are you looking for a tool that can exert a certai …

Does your industrial machinery rely on fluid syste …

Read More
What Type Of Drill Bit Is Best For Your New Project?
7 June 2022

Powder coating is one of the most popular finishin …

Water reservoirs are an integral piece of equipmen …

If you have been informed that you need a concrete breaker to carry out some concrete construction work and do not know what that is, you are in the right place. This article helps you understand concrete breakers.

What Is a Concrete Breaker?

These are mostly small in size and used for smaller demolishing tasks. They are also either battery-powered, electrically-powered or fuel-powered.

Battery-powered concrete breakers also have a power cord. The cord is, however, attached to a battery you carry on your back or waist. The battery's power is strong enough to power the breaker. The battery-powered concrete breaker is also referred to as a cordless breaker. Even though there is a cord that goes to the battery, it is referred to as a cordless breaker because it does not require to be connected to a socket.

These are usually connected to excavators and are used for larger demolition tasks, for example, bringing down an entire building, digging into foundation concrete or digging deep into rocks found in the ground. Hydraulic concrete breakers are usually powered by the hydraulic system of excavators and are operated from an excavator's cabin.